Los Angeles Kings is a professional ice hockey team based in Los Angeles, California. The franchise was founded in 1967 as an expansion team and settled in Inglewood until 1999 when they moved to Staples Center in the city centre. Shop Los Angeles Kings Caps, beanies, snapbacks, and other great headwear at the BrightEyes online store. 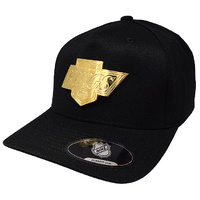